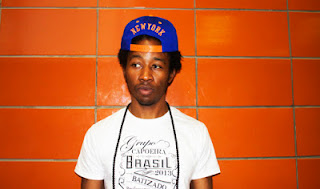 FiGHT DANCE SiNG is Kamal Robinson's first feature film after years of shorts, music videos and other internet content. The film was funded from his own savings. It is a big step towards directing the future films he has been planning since starting in the film business in 2005. ​

Upon his return to New York after college in 2005 he began working as a production assistant in New York city. He worked on indie films to big budget films such as GET RICH OR DIE TRYING, INSIDE MAN, AMERICAN GANGSTA and I AM LEGEND. Working as a PA(Production Assistant) in New York is a fast paced rugged life style that puts any budding film maker in the places they need to be. Kamal's ambition and enthusiasm was a double edge sword that won him many connections and PA jobs but also got him fired from AMERICAN GANGSTA and STEP UP.(#FUNFACT: Over ambitious Productions Assistant's and big budget sets don't really mix). 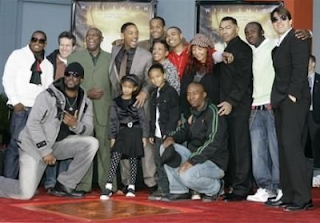 But his ambition and growing connects soon landed him a position as Will Smith's set assistant on I AM LEGEND . On this set Will took both Kamal and a young Philadelphia director under his wing and gave them both opportunities to make their way to Los Angeles.​​​ 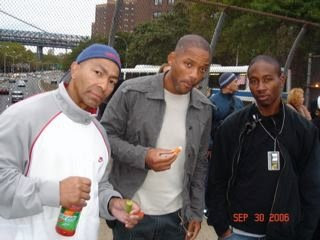 After I AM LEGEND, Kamal moved to Los Angeles and worked on IRON MAN and Will's next film HANCOCK.​ After working on HANCOCK Kamal began to work as an independent director and to this day has the support of Mr. Smith's team.

Just as many disenfranchised artist struggle to bring their ideas to life, so did Kamal. ​Even with the name of the biggest Actor in the world on your resume things are still very difficult in the creative world. Kamal soon learned this as his opportunities and productivity seemed to dwindle as an independent film maker. But like Kamal's character in FIGHT DANCE SING, Capoeira remained the one consistent thing through all the ups and downs.

And as things were getting to the "low of the low", Spike Lee and his team came to town. Kamal had built a relationship with the Spike's team since working on INSIDE MAN. Since moving to LA, any time Spike was shooting in LA he would get a call to be on the crew. This time Spike was directing a Gatorade commercial. On this set Kamal met Creative Director Mr. Jimmy Smith(One of the dopest dudes in Advertising) who eventually gave Kamal an opportunity to become a Junior copywriter at one of the biggest advertising agencies in the world, TBWA/CHIAT/DAY.

This was a new experience that had Kamal sitting at his own desk for the first time since high school. It was a great learning experience in big league advertising. Not only was Kamal working at an agency everyone wanted to work at, but he also had a client everyone wanted AND he had the dopest boss you could ask for AND he was pitching ideas to one of the Legends of advertising, LEE CLOW. ​

It was a dope experience, but a film maker is always a film maker. With story lines and plot twists driving him crazy, Kamal decided to get back on track with the films he went to LA​ to write/direct.

Kamal decided to return to New York to reset. But any New Yorker knows that the energy in New York is second to none. Kamal felt it immediately and decided to film a prequel for FIGHT DANCE SING in New York to get the support he needed to do his other films.

He quickly gathered every connect and resource that he could and began to plan for the film which took him much longer to complete than he thought. Even Melvin Van Peebles told Kamal that it was no way he could shoot a full feature in 1 week!​
6 months later Kamal finally finished the film.​ But as Mr. Melvin Van Peebles said, finishing a film is far from the end. The FIGHT DANCE SING journey...........continues..........